NOB HILL APARTMENTⓢ was built in 1954 at the beginning of the Mid-Century Modern architectural period. It was originally built to house the—at the time—huge influx of military officers. NOB HILL APARTMENTⓢ started its life as Officers Quarters. It was originally known as Highland Park Apartments. We don't know if any Generals lived at (S)NOB HILL APARTMENTⓢ, but there were certainly many Colonels, Lieutenants, Majors, and Captains who have been lucky enough to have lived here. While there are still a few Military Officers that continue to live at Nob Hill apartments, it is and has been open to the general population as market housing for many decades and has been renovated.

In fact, NOB HILL APARTMENTⓢ (NHA) doesn't cater to any one specific demographic niche but rather is appreciated by broad market spectrum including everyone from students and military to professionals, families and even seniors. As it was originally designed with sound attenuating block walls and all units are 2 story town homes, there is no noise from above which is typical of most apartments. As the walls between units are cement block as well, there is little sound transmission between units. These Nob Hill apartments were built like bunkers and are as sound proof as apartments get.

Mid-Century Modern (MCM) design is a further development of principles of organic architecture combined with many elements reflected in the International and Bauhaus movements—including the work of Gropius, Le Corbusier, and Mies van der Rohe. Mid-Century Modern architecture is characterized by clean simplicity and integration with nature. The MCM style at NOB HILL APARTMENTⓢ emphasizes open floor plans with the intention of opening up interior spaces and bringing the outdoors in. Mid-century buildings, including NOB HILL APARTMENTⓢ, utilized then-groundbreaking post and beam architectural design that eliminated bulky support walls.

In order to further capture the spirit of the design, our Mid-Century Apartment Team researched the colors that were widely in use during the 1950s and 1960s, and we are once again bringing them alive at Nob Hill APARTMENTS. Edie Keeler of Core Values Design extensively researched the Mid-Century colors in use on residential buildings, garage doors, on furniture and even on accessories. These colors combined muted browns and gray with bolder “off-primary colors” such as reds, greens, yellows, and blues. A section is attached to the this history page for MCM history buffs, or you can view it live at (you guessed it) NOB HILL APARTMENTⓢ! 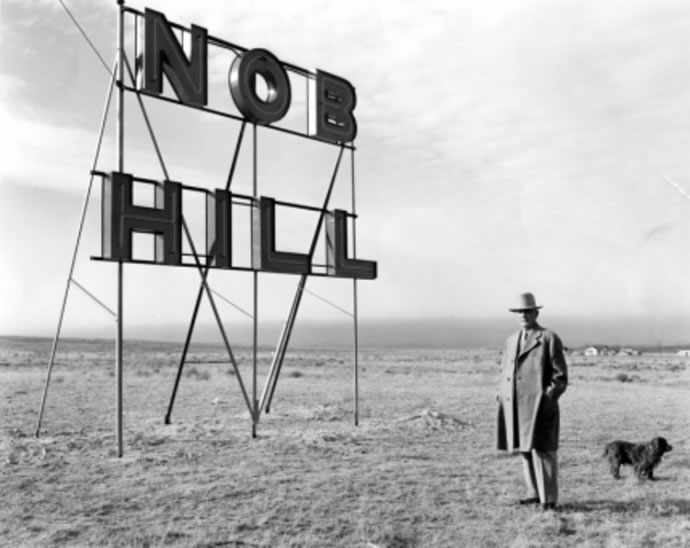 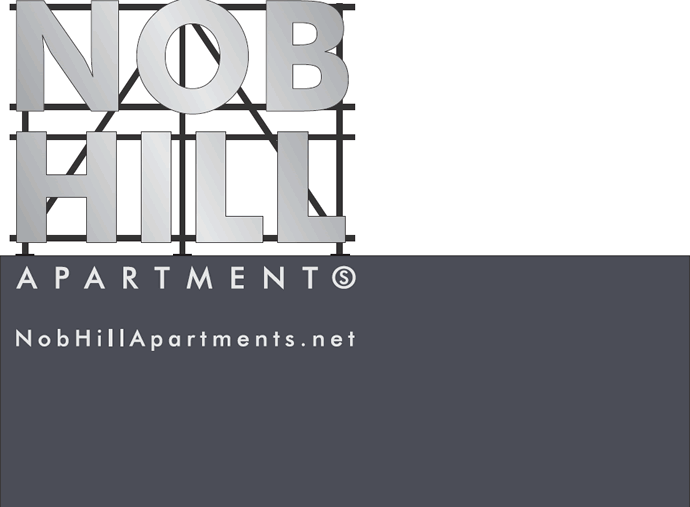 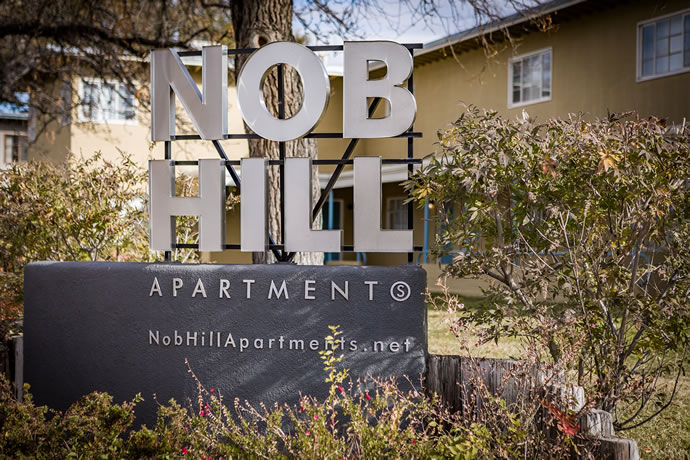